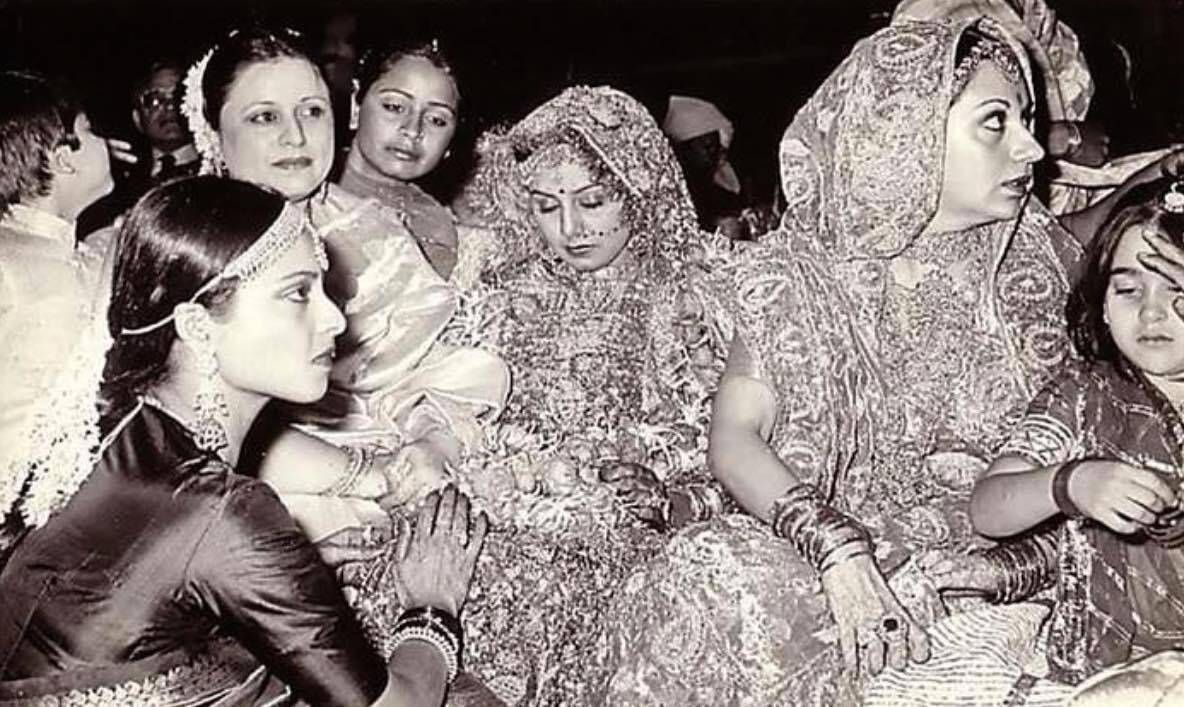 It was during the 1970’s that Rekha acquired somewhat of a cult status. Though star had already been acting for a while before that, her name dominated tabloids at the time. One of the most sensational news at that time was when she entered Rishi Kapoor and Neetu Kapoor’s wedding, wearing sindoor (vermillion) causing a lot of chatter.

However later, Rekha later told Hindustan Times that she had come straight from a shoot, and had forgotten to take off the sindoor. She said that she wasn’t ‘worried’ about people’s reactions. “I think it looks rather nice on me. Sindoor suits me.”

In the unofficial biography, Rekha: The Untold Story, penned by Yasser Usman, the incident is described in much detail. “Dressed in a magnificent white sari, Rekha had a bright red bindi on her forehead. But what caught everyone’s eye was the generous dabbing of sindoor in her hair. The cameras instantly pivoted away from Rishi Kapoor and Neetu Singh, and frenetically photographed Rekha’s curious new look. The dull drone of everyone murmuring and whispering filled the evening air; everyone wanted to know: had Rekha married?” He had written. According to a Cine Blitz report at the time, Rekha congratulated Rishi Kapoor and Neetu Kapoor and then stood ‘bang in the middle’ of the garden. She then went over to Amitabh Bachchan and had a formal conversation with him for a couple of minutes.”

Ussman wrote that Rekha later cleared the air in an ‘anticlimactic’ interview. “She had come to the reception straight from a shoot. The sindoor and mangalsutra she was wearing were part of her get-up for a film, which she had forgotten to remove,” he wrote.

However, according to a report published in Movie in June 1982, at a National Awards function, Rekha, who was being honoured with the award for best actress for Umrao Jaan (1981), was asked by then president of India Neelam Sanjiva Reddy, ‘Why do you have sindoor in your maang?’ Rekha answered, “In the city I come from, it’s fashionable to wear sindoor.”