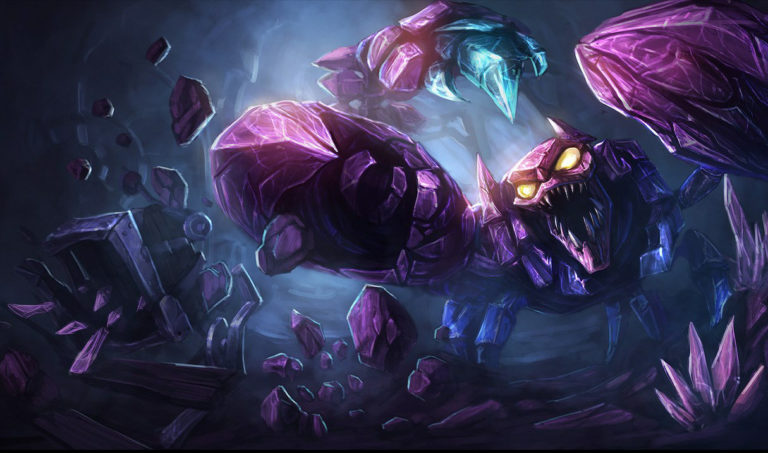 Plenty of champions have been requested by the community to be reworked in League of Legends, and it appears that one fan has taken it upon himself to answer some of those requests.

Alfred Jäärf, a VFX artist at Resolution Games, has created a fully reworked model of The Crystal Vanguard following the immense success of his Nocturne rework back in September 2021.

In a clip shared on Reddit, it showcases the reworked Skarner, complete with a new model, ability set, and visual effects.

In Riot’s VGU poll of 2022, the devs revealed that Udyr was the top vote-getter by a large margin, collecting over 37 percent of the vote, while Shyvana was second at 18 percent. But close behind was the beloved purple scorpion that has danced in and out of the competitive meta, waiting for a rework to take the champion to the next level.

Jäärf looks to stay true to the original Skarner lore, while visually enhancing the champion to be bulkier than its usual slim frame. The original concept art was fleshed out, with a few changes being made once brought to life, namely the pointed tip, which was moved to the chin instead of the original forehead placement.

The new abilities shown in the video are reminiscent of the champion’s play on thunder, enhancing that aspect of the lore. His new passive, Energized Namestone, grants Skarner armor and magic resistance out of combat.

Furthermore, his passive also allows Skarner to accumulate electricity, where 100 electricity will grant his next ability to be empowered. Other abilities include Crystal Claws (Q), Electrical Exoskeleton (W), Crystalline Stinger (E), and Brackern Abduction (his ultimate ability).

The modernized look of Skarner follows suit to various reworks in League that have been updated to fit appropriately into today’s game. And with the League VGU poll already opened for 2023, the Skarner rework could soon become a reality.

At the end of the video, Jäärf told viewers that he was already beginning to work on his next champion rework, which was revealed to be Zilean, but to not get hopes high on an immediate release.

“I have started working on yet another one of these reworks,” Jäärf said. “However, please note that these projects take quite a lot of time to make so don’t expect them to be released all that often.”

With his next project confirmed to be Zilean, there is no set date that we can expect to see his next creation, though he stated that it was only in the early stages of development.

Jäärf’s work can be found on ArtStation and on his YouTube channel for those looking to be updated on his rework projects in the future.