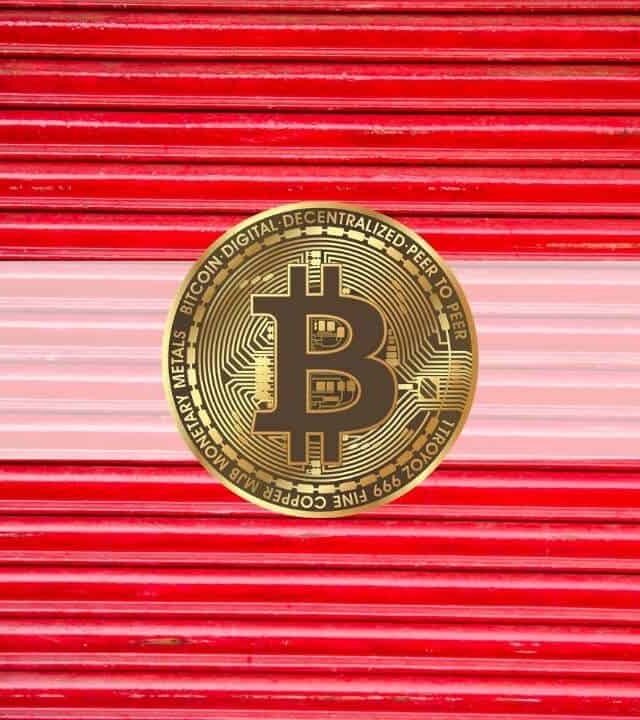 To say that the past seven days were bad in the cryptocurrency market would be kind of an understatement. Most of the coins are down by solid double digits as the total capitalization lost around $250 billion and fell below $2 trillion.

Let’s start with Bitcoin. The cryptocurrency was behaving relatively well throughout most of the week, and it even managed to reach above $43K earlier on Thursday, attempting to conquer the resistance above that – at $44K. On Friday, though, everything took a turn for the worse. The price crashed from above $43K to below $38K, charting a six-month low as the last time BTC was trading below $38K was in August 2021.

Now, it managed to recover some of the losses and trades slightly below $39K, but it’s still down 9% in the past seven days. This entire ordeal left over $700 million in liquidations in 24 hours. The alternative coins failed to perform any better – at least most of them.

All in all, the market is in shambles, and the sentiment is quite negative. Calls for lower prices are everywhere, but it’s important to remember that the market rarely does what most expect. Therefore, it’s particularly important to remain very vigilant as we enter the weekend.

On the other hand, some major companies like Facebook, Instagram, Google, and Intel, made various announcements – all furthering their involvement in the industry. This, however, had more to do with non-fungible tokens, which seem to be thriving.

In any case, it’s very exciting to see where the market will go next and if the capitalization will be able to reclaim the important $2 trillion mark. 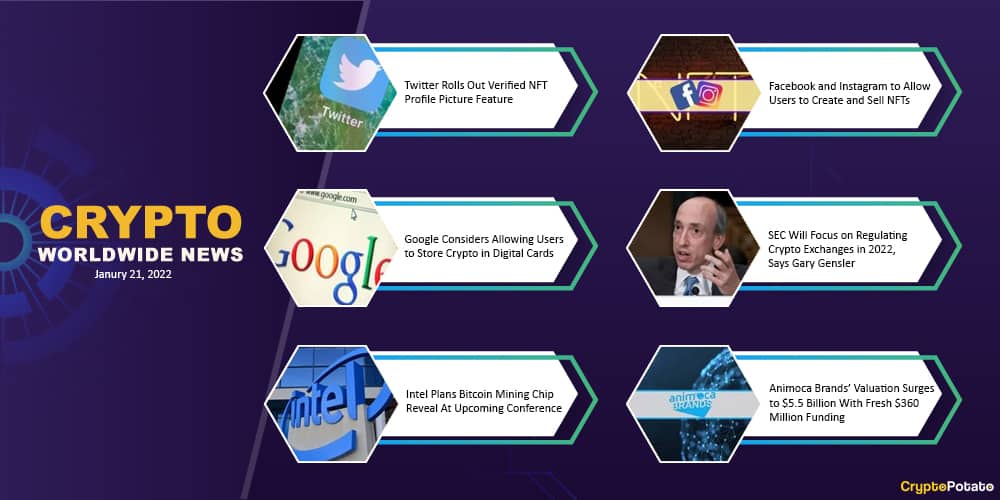 Twitter Rolls Out Verified NFT Profile Picture Feature. One of the world’s leading social media platforms – Twitter – is set to embrace non-fungible tokens (NFTs). The company is enabling a feature that would let users officially verify NFTs used for their profile pictures.

SEC Will Focus on Regulating Crypto Exchanges in 2022, Says Gary Gensler. The current Chairman of the United States Securities and Exchange Commission (SEC) said that the financial watchdog should regulate cryptocurrency exchanges directly and that this might be its focus in 2022.

Intel Plans Bitcoin Mining Chip Reveal At Upcoming Conference. The technology giant Intel plans to reveal a Bitcoin mining chip at this year’s ISSCC conference. This marks yet another advent from a major public company in the field of cryptocurrencies.

Animoca Brands’ Valuation Surges to $5.5 Billion With Fresh $360 Million Funding. Animoca Brands saw its valuation surge to $5.5 billion following a fresh funding round worth $360 million. This goes to show the growth in the fields of play-to-earn, non-fungible tokens, and the metaverse.

This week we have a chart analysis of Ethereum, Ripple, Cardano, Solana, and Polkadot – click here for the full price analysis.