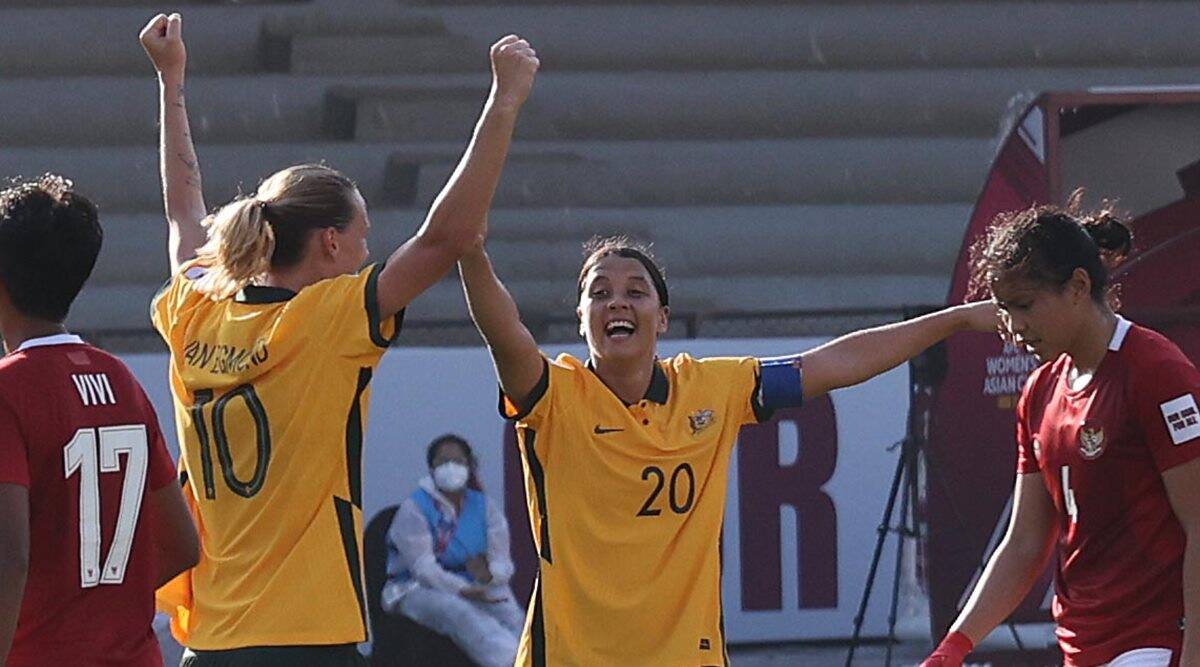 Two-time defending champions Japan brushed aside Myanmar 5-0 in their opening game at the Women’s Asian Cup in Pune on Friday while joint-favourites Australia thrashed Indonesia 18-0.

Chelsea striker Sam Kerr scored five times and Emily van Egmond hit four in Mumbai as Tony Gustavsson’s side showed no mercy to an inexperienced Indonesia side marking the country’s first qualification for the finals since 1989.

Ellie Carpenter, Kyah Simon and Hayley Raso claimed braces while Caitlin Foord, Mary Fowler and Aivi Luik were also on the scoresheet as the 2018 runners-up made an uncompromising start to life in Group B.Australia have been drawn with the Philippines and Thailand, who meet later on Friday.

Earlier in the day, West Ham United midfielder Yui Hasegawa struck twice for Futoshi Ikeda’s side as Japan made light work of Myanmar in their opening Group C match.

Riko Ueki put the champions in front when she nodded in Hasegawa’s 22nd minute cross but it took until the second minute of the second half before Japan doubled their advantage.

Yui Narumiya hit the fourth from the edge of the Myanmar penalty area and Hasegawa capped a fine display in stoppage time when she clipped the ball over goalkeeper May Zin New.Japan, who beat Australia in the final in both 2014 and 2018, are joined in Group C by South Korea and Vietnam, with the pair to face off later on Friday.

The 2022 edition of the Women’s Asian Cup has been expanded from eight to 12 nations and serves as Asia’s qualifier for next year’s Women’s World Cup in Australia and New Zealand.Asia has been granted five automatic berths at the finals in addition to Australia’s spot as co-hosts while two playoff spots are also available.