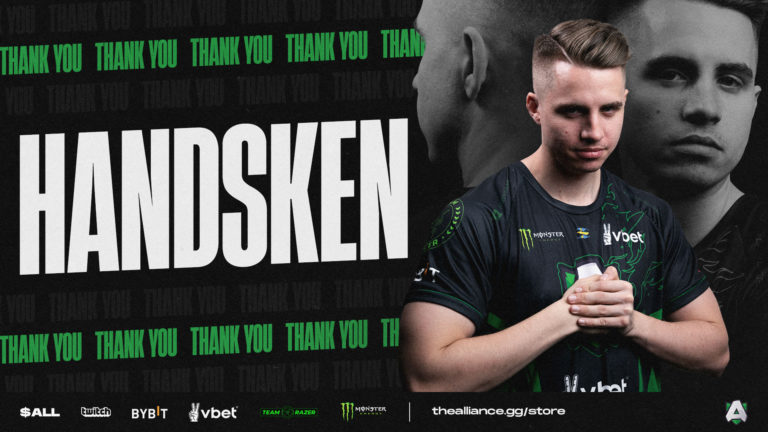 This is just the first move the organization is making regarding its Dota 2 roster, with CEO and co-founder Jonathan “Loda” Berg noting that management is unsure of how many changes there will be by the time the Spring Tour begins.

The team had a “breakdown of trust” throughout the Winter Tour that caused their performance to break down and changes needed to be made, according to Loda.

“I do genuinely believe that everyone went into this project with the right hunger and will to do this, but somewhere on the lane things started to break down,” Loda said. “There was a breakdown of trust within the team itself and the organisation was requested to step in. We worked hard to remedy the situation but early this year it became clear that some players within the team were not willing to keep moving forward together. We had to make the decision of who to move forward with and we decided that ‘Handsken’ was benched and ‘Okcya’ was removed from the roster.”

With Handsken at the helm, Alliance went 1-6 in division one of Europe’s regional league, only taking a series over Coolguys and finishing in fifth. As a result, the team has been relegated to division two for the next DPC Tour and management wants to ensure it has a roster that will remain motivated to compete despite dropping down.

For now, the rest of Alliance’s roster will remain intact: Nikolay “Nikobaby” Nikolov, Rodrigo “Leslão” Santos, Ondřej “Supream^” Štarha, Adam “Aramis” Moroz, and substitute Henrik “AdmiralBulldog” Ahnberg. AdmiralBulldog will be stepping in as a substitute in any matches that the team needs to play in the immediate future before the rebuild is complete.

Nikobaby is now the only player left from Alliance’s TI10 roster and is likely the only untouchable piece on the team as it stands.